You can find on this page the Dallas tram map to print and to download in PDF. The Dallas trams map presents the network, zones, stations and different lines of the tramway of Dallas in Texas - USA.
The Dallas tram system we know today runs between Downtown and Oak Cliff, stretching almost 2.5 miles via the Houston Street Viaduct as its shown in Dallas tram map. 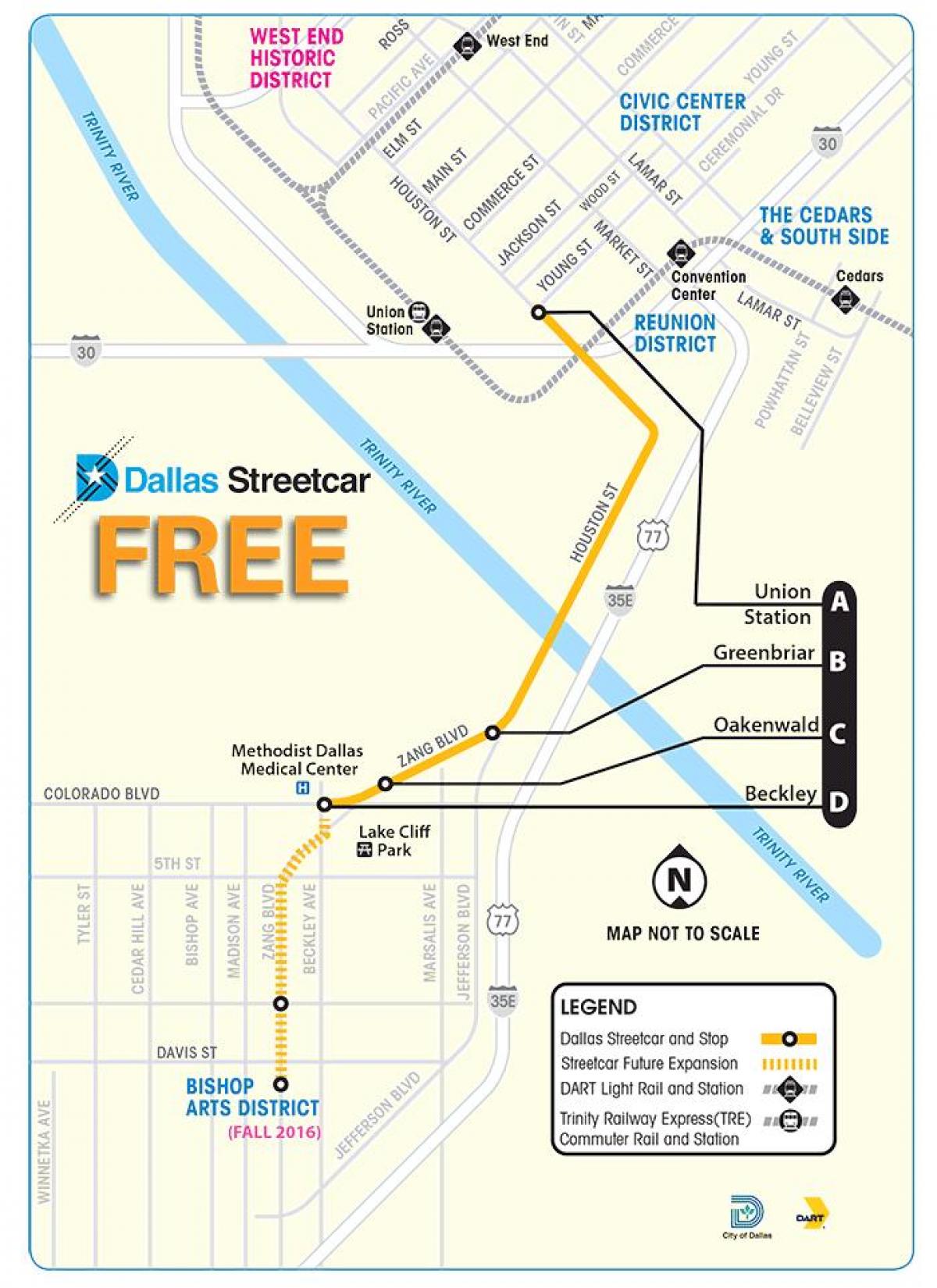 The city of Dallas modern tramway system travels over a 2.45-mile route that features six stops between EBJ Union Station in downtown Dallas and the historic Bishop Arts District. The Dallas tram runs every 20 minutes, seven days a week, from 5:30 a.m. to midnight as its shown in Dallas tramway map. Beginning July 27, 2020, there will be a $1 one-way fare to ride the Dallas Streetcar if you do not have a valid pre-purchased DART pass. To pay your fare, you may use one of DART contactless fare payment options. Either tap your GoPass Tap card at the on-board validator or purchase a Dallas Streetcar fare on the GoPass app. There is not a cash fare payment option.

In 1996, Dallas opened its new Light Rail system, and MATA began planning for expansion projects which would connect both ends of the vintage trolley service with light rail stations. The northern expansion opened in June of 2002, at which time MATA began operation as Dallas Area Rapid Transit (DART) “M-Line Streetcar”, offering free shuttle service seven days a week. The new operation is underwritten by DART, as well as the Uptown and Downtown Public Improvement Districts. Construction of a new extension on Olive Street at the southern end of the line began in 2012. This long-sought extension will reach a nearby Light Rail station, tying both ends of the system in to the DART rail system, further enhancing its effectiveness as a circulator. Additionally, two other streetcar projects are in the planning stages in Dallas. DART is studying the addition of a new downtown tramway line that will connecting to the MATA line as you can see in Dallas tramway map. The Oak Cliff neighborhood is also studying a new streetcar line.