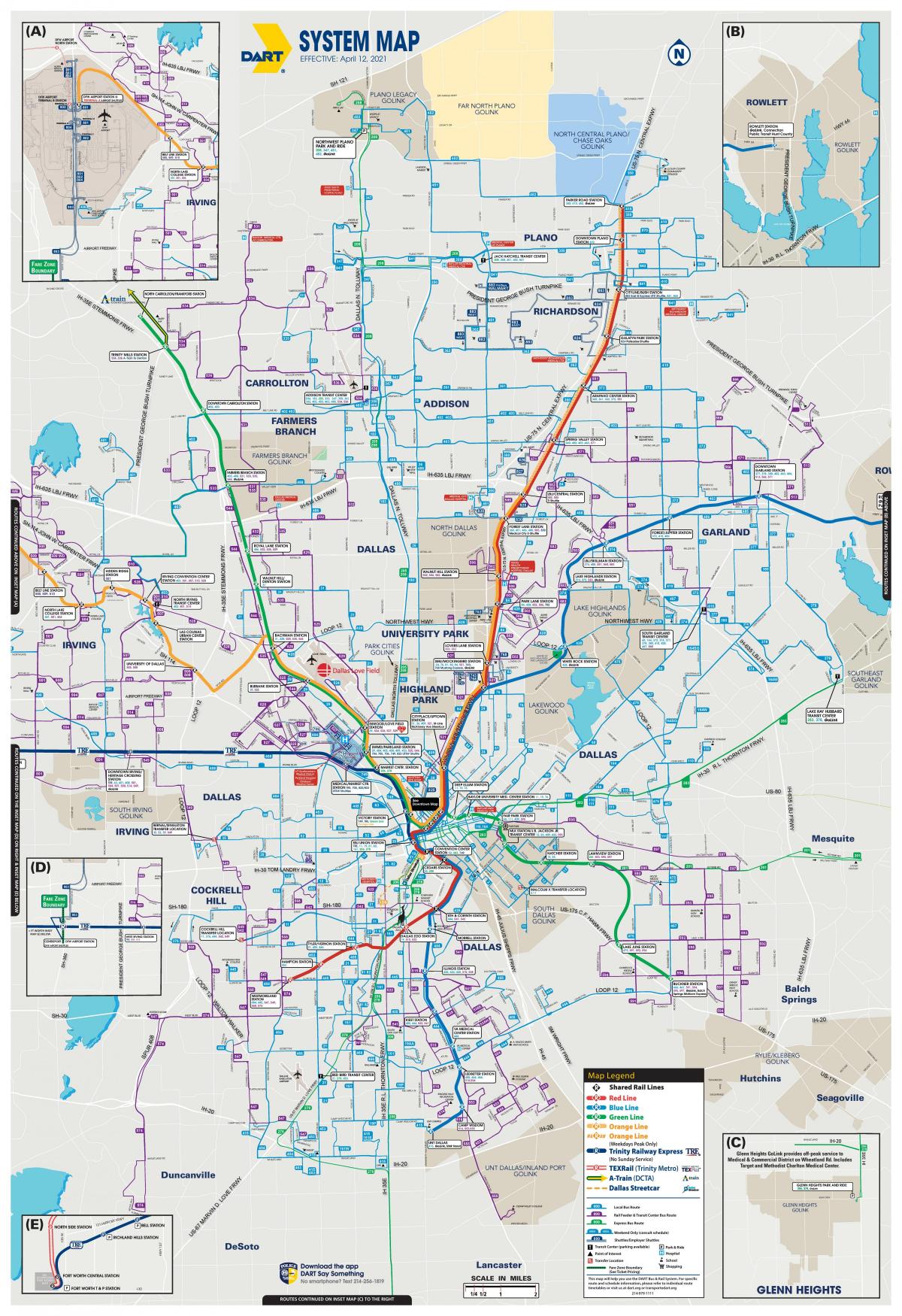 Dallas is a major transportation hub and the trucking and distribution centre of the Southwest. The international airport is one of the world busiest, and the amount of cargo passing through it ranks it as the largest inland port in the United States. The city operates a second major airport, Love Field, and a smaller facility for corporate aircraft and general aviation as its mentioned in Dallas transports map. The region has an extensive network of highways and commuter-rail and light-rail transit systems.

The Dallas Area Rapid Transit (DART) system, which includes light rail and bus service, is the fastest-growing mass transit network in the United States. It facilitates access to key job centers in Dallas and its suburbs, as well as the DFW International Airport as its shown in Dallas transports map. DART also interfaces with the Trinity Rail Express (TRE), a commuter train, to transport passengers between downtown Dallas and Fort Worth, with stops at several suburbs in between. Fort Worth residents are served by The T, which also connects to the TRE. The A-Train, operated by the Denton County Transit Authority (DCTA), connects DART riders in Carrollton to an additional five stations ending in Denton.

Despite being a car-happy, suburb-loving city, Dallas public transportation options are surprisingly decent. The city is home to the country longest light rail system—the DART— in addition to a bevy of buses, taxis, rideshares, and trolleys as you can see in Dallas transports map. Most people who use mass public transit in Dallas use the Dallas Area Rapid Transit system (or, as it is much more commonly known, the DART). The DART is more than just a typical bus system; it is a bus and connecting train system that links downtown Dallas and the surrounding suburbs, and it is constantly expanding.